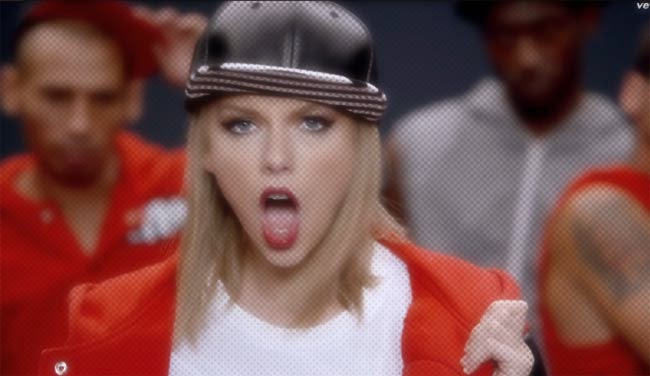 Taylor Swift
Vocal Type:Light Lyric Soprano
Vocal Range: 2 octaves and 3 note  [D3- G5]
Vocal Pluses: A clear and simple voice that favors a strong melody over vocal bells and whistles. Whether an artistic choice, or due to vocal limitations, it's a style that successfully lends itself to the narratives the Diva injects into her art, allowing for her lyrics to be understand and appreciated. Though not often heard, Taylor can hold notes throughout her range [Red 1, 2], and has demonstrated some dexterity, being able to switch to her head-voice quickly [I Knew You Were Trouble] .

Taylor's mid-range, at its bottom, has a slight huskiness to it [Innocent]. However that quickly lifts, as the voice takes a nasal placement, revealing a bright and definite tone that is without any real texture. The Diva can create more texture, but in doing so the voice becomes less dynamic, becoming airier and thinner. Taylor often utilises this timbre for layering and creating harmonies [The Last Time]. Her easiness in the mid-range means she is free to play with her delivery- for instance adding a playful scorn to her tone in We Are Never Ever Getting Back Together to accentuate the lyrical content. The intrinsic character of Taylor's own speaking voice is most prevalent here, but it can be found throughout the range, meaning her vocals remain identifiable and attributable.

Her chest/belting range is cool and almost metallic in tone. Due to the lightness of the voice, Taylor doesn't appear to have any issues in this part of the range, being able to hit mid-fifth octave notes with little change in tone, timbre [State Of Grace]. Though there is shedding of weight as she ascends the fifth octave, it isn't enough to strip the voice of its character. The unwavering nature of her belts also suggests the Diva has great breath control and support when executing them [Collection of Taylor's belts].

The top of her range is soft, sweet and akin to a breathy falsetto [Forever and Always (Piano Version)]. The Diva sounds comfortable here, showing no issues singing here for lengthy periods of time.
Vocal Negatives: Overall the voice has a anemic tone, and lacks volume and power.