Beyonce Versus Solange: Whose voice do you prefer? 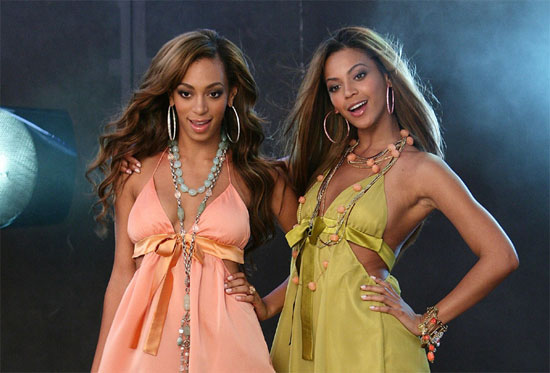 Juvenile perhaps, but definitely with tongue-in-cheek, I ask the question: Beyonce or Solange Knowles, which is better? In reality, you can like them both, but for the sake of this post imagine there's a metaphorical gun to your head and force yourself to choose! 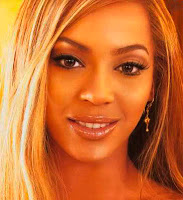 Beyonce:We all know Beyonce, the multi-million selling, 4 solo album releasing, Destiny's Child member, actress, producer, writer, philanthropist.... I could go on, but you get the gist.

Beyonce is an entertainer who, by all accounts, strives to maintain the brightness of her star and celebrity through an incredible work ethic, a rampant desire to diversify her portfolio and a fierce micromanagement of her public image. But Beyonce's crowning glory has to be- not her intricate weave- but her finely honed voice. With it's beautiful tone, power and show stopping vibrato its a canny instrument that can be wielded and intelligently manipulated  to convey the emotion of whatever she sings. 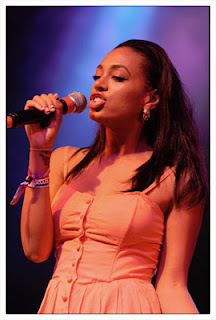 Solange: The younger Knowles sister apparently has different goals to her sister. Not wanting the level of fame that Beyonce enjoys- or endures- the singer, Dj and model, has said that the two are artistically different entities, stating that her first love is actually writing songs- insert shady joke about Beyonce's writing "credits" here if you so please.

Their different outlook on music was perhaps best shown by Solange's last release, Sol-Angel and the Hadley St. Dreams. A release that consciously chose to turn away from the mainstream, commercial sound that her first release, Solo Star, cultivated. Instead she moved sharply towards a Motown flavour that attempted to set her apart from anyone else around at the time. The result was a critically acclaimed album that, until Beyonce's new album 4, had scored higher than any of her sister's previous albums at review site collator, Metacritic.

Vocally:
There are similarities to the sisters though: they both act, they both model for the House of Deréon and there are even certain inflections to their voices that echo each other. However, Solange's voice has an altogether  rawer and edgier sound than her sister, which some prefer to Beyonce's more saccharine tones.


Listen to the Beyonce and Solange duet on the-pretty average- song Naive:


"People think there should be this great rivalry between us, but there's never been any competition." -Solange Knowles