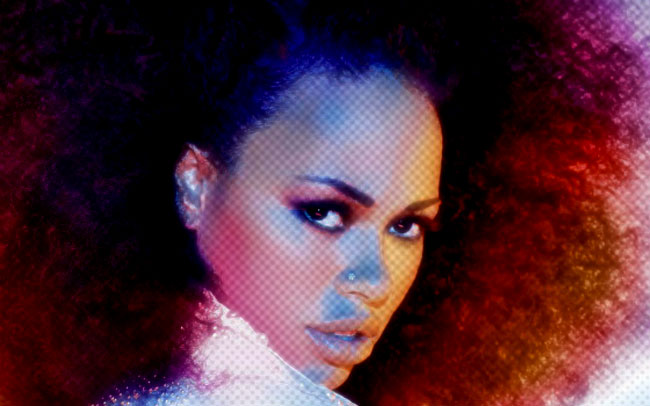 Vocal Type: Mezzo Soprano
Vocal Range: 2 Octaves 6 notes (C3-B5)
Whistle Register: No
Vocal Pluses: Elle Varner's vocal styling is where much of the voice's uniqueness comes from. Instead of being ornate and overly indulgent in melisma, this diva uses her voice in an organic, unfussy way; somewhere between talking and singing--though firmly weighted more towards the latter than the former. In doing so, it allows Elle's singing voice to take on the nuances and traits (attitude/swag) of her speaking voice; ultimately giving it a unique and characterful quality [Hear:Oh What A Night].

Her lower range is strong, weighty, thick and warm. The midrange sees a hazy, edge to the voice develop, which lends itself to harmonising. It also gives the voice a distinctive colouring [Here: Stop The Clock].

The voice quickly drops weight and thickness as it hits the top of the fourth octave; but retain its rough, coarser texture. Up until an F5 the voice sounds incredibly healthy, with Elle displaying surprising ease and freeness in this part of the range. Unlike other Divas, who also mix to reach the fifth octave, Elle's voice doesn't suffer a blanching of its character and this is mainly due to her sensitive mix.

Her voice transitions easily into its head-voice/ falsetto, meaning it's possible for Elle to jump in and out of it without issue [Hear: Sound Proof Room]. Whereas the head-voice is full and resonate, she can achieve a different effect by opting to use her falsetto instead, which is lighter but shares the edgy quality of the lower range.

Vocal Negatives: Not the most agile or dexterous of voices.