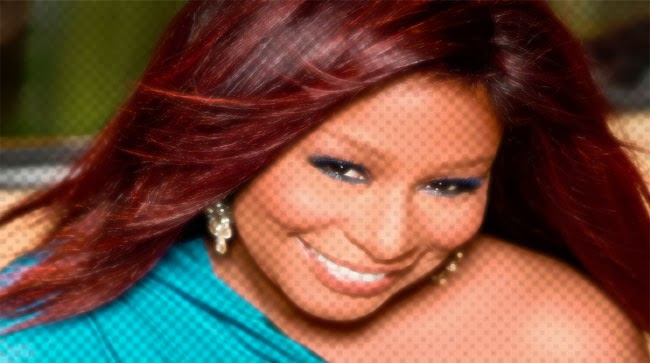 Vocal Type: Spinto Mezzo-Soprano
Vocal Range: F2-B5 (3 octaves and a diminished fifth) (B2-E6)
Whistle Register: No
Vocal Pluses: Chaka is a unique singer, with her own style of inflection and timbre. Her voice has some similarities to other singers of her generation, but always retains a sound distinctly her own. Though her timbre is bright, she has an unusual amount of power behind her notes.

The low range is quite impressive, spanning down into the second octave. Her lows can either be smoky and whispery or more solid and defined, and though never achieving the same volume as her high range, her low notes retain her tone and style The lower range stays mostly homogeneous to the rest of the range.

Her middle range, starting around G3, has many timbres and textures that it can assume, and transitions absolutely seamlessly from the lower middle range to the top of her voice. The middle range has a peculiar ‘forward’ sound that gives the impression of the tone used in the belted range, aiding the sound of seamless transition.

The belted range is technically incredible, and the defining aspect of her voice. Going all the way up to a thrilling B5, the belted notes are brassy, bright, and full in sound – they are always mixed perfectly, and flow easily, though time has stripped Chaka of the top belts. Thanks to her mixing, she goes to the absolute top of her viable range, but belts far beyond ‘typical’ highs for any voice type.

Her head voice (whenever it is heard) is light, bright, and somewhat breathy.

Vocal Negatives: Her head voice on its own is rarely heard and sounds quite weak compared to her powerful, brassy belts. Because of her unique singing style, it may take time to adapt to her sound on the whole. She has a tendency to waver in pitch on the low notes, and the low range on the whole seems a little variable as to whether it will be solid or weak on a given day.


Credit goes to Marty M for this profile!